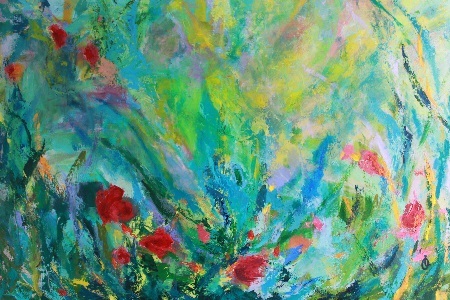 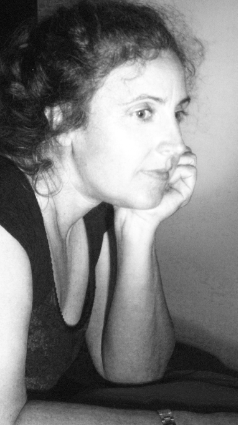 Montreal native Ouel has always had a curious mind and a passion for exploration. She has traveled and lived around the world, finding herself in Asia in particular, as well as in Australia and New Zealand, eventually settling in Ripon, Quebec in 2003. In Montreal, Ouel began a painting course with Francine Labelle, which employed a very different approach to creation: the use of the right-brain technique in drawing and painting. Ouel instantly fell in love with the art, and participated in these workshops for a few years, using mainly acrylic paints and charcoal (her preferred mediums) in her work as they allow for a certain level of spontaneity. She then continued her pursuit of pictorial experiments through her travels to foreign lands, while roaming the streets of Montreal, or through the contemplation of nature during hikes in the forest, her preferred destination for artistic inspiration. Ouel is also part of the collective of painters and sculptors called the “Magenta Blues”.